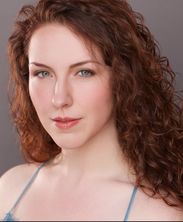 Mia Isabella Aguirre (Death) relocated to NYC from Texas to pursue a BFA in Musical Theatre from LIU Post and a career in photography and acting. She is elated to be making her Off-Broadway debut as Death at 59E59 Theatre! Recent NYC credits: No Frills' The Nemesis Effect, Occupy Verona's Romeo and Juliet outdoor tour, Four Words Theatre's Much Ado About Nothing, and 54 Below'sToast to Post concert. Regional: Regale Music Theatre's South Pacific. www.miaisabellaphotography.com 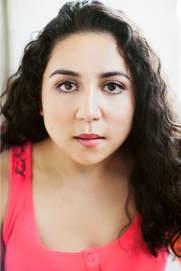 Sofiya Cheyenne (Phyllis) is a New York based multi-disciplinary performance artist, theatre maker, and advocate. Sofiya strongly believes in using the arts as a way to challenge societal norms. She invests herself in projects that aspire to open peoples’ eyes to see that people with disabilities can have an equal chance on the stage, television and film.   www.sofiyacheyenne.com 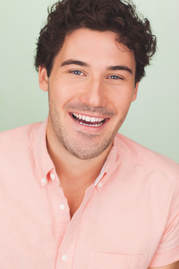 Paul Hinkes (Heracles) Recent credits include As You Like It (Brimstone Creek Productions), Wonderland (The Atlantic Theater), and Dust Can't Kill Me (New York Musical Festival [Best Ensemble]). He is a graduate of Yale University, where he studied film and theater. Paul is 6'8". paulhinkes.com 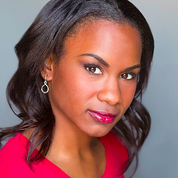 Kristin Fulton (Avra) received her MFA in Acting from Brooklyn College in May 2017. Credits: Autoportrait by Zachary Small at Dixon Place, Soldier X by Rehana Lee Mirza, When We Wake Up Dead by Dennis A. Allen II, Caryl Churchill's Fen and Wild Oats. www.kristinsfulton.com

Ben Kaufman (Admetos): Recently seen in the Bickford Theatre’s Clever Little Lies, Ben has worked mostly downtown with the likes of The Flea and Horse Trade Theater. He’s currently anticipating the imminent release of About a Donkey, a feature length independent film.  See TheBenKaufman.com for all things Ben Kaufman…and nothing more. ​ 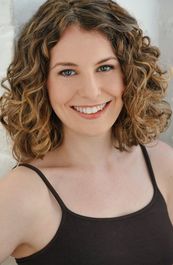 Katie Proulx (Zena) is an actor, choreographer, and teaching artist based in Brooklyn. Her work as a performer and choreographer has been seen at HERE Arts, JACK, Dixon Place, and the Sheen Center. 2016 NYIT nominee for Outstanding Choreography for the Life Jacket Theater Company production of Gorey: The Secret Lives of Edward Gorey. MFA in Acting, Brooklyn College.

Sarah Wadsley (Kyra) was trained at the Western Australian Academy of Performing Arts, and moved to the USA in 2016. Recent credits include: Michael Lavine and Friends (54 Below), 12:34 (Shetler Studios, staged reading), Cranky Cabaret,The Wind in the Willows (Australian Shakespeare Company), Shakespeare InterACTive (Young Australia Workshop), The Modern Guide to Dating (Directed and composed by John Field), and Noirhouse (ABC/Screen Australia), for which she won Best Supporting Actress at Miami Web Fest, 2014. Sarah is thrilled to be making her Off Broadway debut at 59E59! 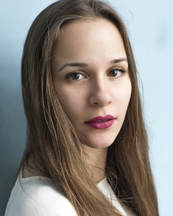 Jenna Zafiropoulos (Alcestis): Born in Forest Hills, Ioanna moved to Athens, Greece at a young age. Her studies included a classical Greek elementary education and high school at The American Community Schools of Athens, where her passion for acting and cinephilia manifested themselves leading her to study Theater Arts at Deree, the American College of Greece. She received her Bachelor in Theater Arts in 2014 with honors. Performances included Estelle in No Exit by Jean Paul Sartre, and the Lord of the Underworld in Sarah Ruhl's Eurydice. She moved back to her native New York to study Acting at Brooklyn College CUNY and completed her MFA in June 2016. BC credits include: Desdemona in Paula Vogel’s Desdemona: A Play about a Handkerchief, Mary Swanson in Middletown by Will Eno and Marie Curie in Kate Benson’s Radium Now. Her most recent role was that of Alcestis in Stephen Kaliski's Memoriam, a role that reached both home and her heart, a role that she will gladly undertake once again in November in The Briefly Dead.

Stephen Kaliski (Playwright) is a director, playwright, and educator. He is currently the Resident Director of Broadway's Charlie and the Chocolate Factory, directed by Jack O'Brien. Other directing credits include Gluten! (59E59), Pterodactyls (Teatro Circulo), A Midsummer Night's Dream and In the Next Room or the vibrator play (Yale Dramatic Association). Playwriting credits include West Lethargy, which was published in Plays and Playwrights 2011 (ed. Martin Denton), His Minute Hand, Any May Now, and Gluten! He has worked with such directors as Austin Pendleton (Three Sisters, Assistant Director) and Michael Grandage (Evita on Broadway, SDC Traube Fellow) as well as with The Royal Shakespeare Company, Classic Stage Company, and LAByrinth Theater Company. Stephen received his BA in English from Davidson College and his MFA in directing from Brooklyn College. He's taught acting, directing, and public speaking at Fordham, Brooklyn College, NYU, LIU Post, Yale, The Professional Performing Arts School, and BMCC. He's also the co-founder of Upright // Outloud, a corporate training group that specializes in public speaking and storytelling.

Elizabeth Ostler (Director) is a theater-maker specializing in directing and puppetry. She has worked with various theaters in New York and Utah: St. Ann's Warehouse, Theatre Barn, Life Jacket Theatre, Drama of Works, Estrogenius Festival, Prospect Theater Company and Pioneer Theater Company. Liz is the creator of Communal Theater, an approach to creating theater that cultivates a connection between the audience and performers. She is the co-founder of the NYC Artist Group which offers workshops and networking opportunities for NYC theater artists. Liz is also the founder and CEO of Life's Echoes - a business dedicated to helping individuals stand in their truth and tell their stories. She holds a MFA in theater directing from Brooklyn College and a BA in liberal arts from Sarah Lawrence College.

Steve Smith (Composer) is also a music theorist, pianist, and music director. As a composer: The Yellow Wallpaper (St. Ann’s) and The Triangle Factory Fire (Brooklyn College). As a musical director: Into the Woods, Hair, The Music Man, The Joy of Bernadette, How to Succeed in Business, Urinetown, Guys and Dolls, You’re a Good Man Charlie Brown, Grease, 1776, and Footloose. Steve is currently pursuing a Ph.D. in Music Theory at the CUNY Graduate Center. His research focuses on the music of Clementi, Schenkerian analysis, and deviations in sonata form. He holds a B.Mus. in Theory and Piano from the University of Toronto and an M.Mus. in Theory from Mannes School of Music.  Steve currently teaches theory and musicianship at Mannes and NYU.

Gabbie Ambrus (Production Stage Manager) recently graduated with her BFA in Technical Theatre from Brooklyn College. Her recent credits include The Weasel Festival at The Public Theatre and the world premiere of 40s & Chestnuts at Brooklyn College. She would like to thank Liz Ostler and Steve Kaliski for giving her this wonderful opportunity and Niluka Hotaling for being a mentor throughout her career.