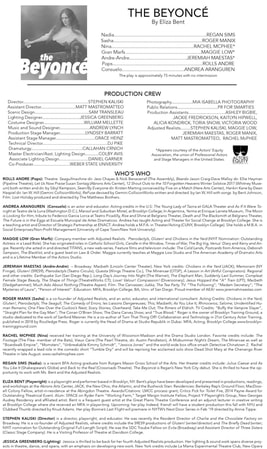 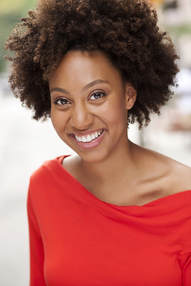 Regan Sims (Nadia) is a recent BFA Acting graduate from Rutgers Mason Gross School of the Arts. Her theater credits include: Julius Caesar and As You Like It (Shakespeare's Globe) and Back to the Real (Crossroads Theatre). The Beyoncé, written by Eliza Bent and directed by Steve Kaliski, is Regan's New York City debut. She is thrilled to have the opportunity to work with Ms. Bent and the Adjusted Realists. 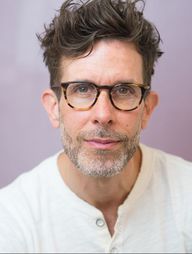 Roger Manix (Sasha): is a co-founder of Adjusted Realists, and an actor, educator, and international consultant. Acting Credits: Chickens in the Yard; Gluten!; Pterodactyls; The Seagull; The Comedy of Errors; les Liaisons Dangereuses; This; Macbeth; As You Like It; Rhinoceros; Salome; Unidentified Human Remains; One Flew Over the Cuckoo’s Nest; Scary Stories; Overheard; Take Me Out; The Rimers of Eldrich. TV Credits: “Buffy the Vampire Slayer”, “Straight Plan for the Gay Man”; The Conan O’Brien Show; The Dana Carvey Show; and “True Blood.” Roger is the owner of Brooklyn Training Ground, a studio dedicated to the work of Sanford Meisner. He is currently the Head of Drama at Studio Republik in Dubai. MFA, Acting, Brooklyn College. www.brooklyntrainingground.com 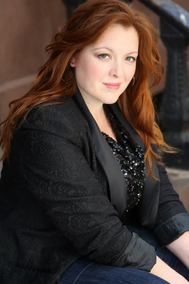 Rachel McPhee (Nina) received her training at the University of Wisconsin-Madison and the Drama Studio London. Favorite credits include: The Footage (The Flea- member of the Bats), Vieux Carre (The Pearl Theatre, dir. Austin Pendleton), A Midsummer Night's Dream, The Minervae as well as "Boardwalk Empire", "Momsters", "Unbreakable Kimmy Schmidt", "Jessica Jones" and the world wide box office smash Detective Chinatown 2.  Rachel recently wrapped a lead role in the comedic short "Tumble Dry" and will be reprising her acclaimed solo show Dead Shot Mary at the Chenango River Theatre in late August. www.rachelmcphee.com 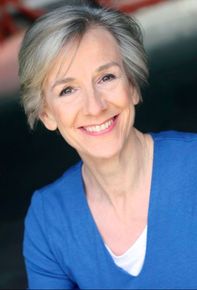 Maggie Low (Gran Marfs) is a company member with Adjusted Realists.  Pterodactyls, GLUTEN! and Chickens in the Yard. She has originated roles in Catholic School Girls, Candle in the Window, Times of War, The Big Vig, Venus' Diary and Kerry and Angie. Recently she acted in and directed TITANS a new web-series. Feature films and television include: The Cold Lands, Postcards from America, Deborah Sampson, "The Blacklist", and a guest lead on" Law & Order". Maggie currently teaches at Maggie Low Studio and The American Academy of Dramatic Arts and is a Lifetime Member of the Actors Studio. 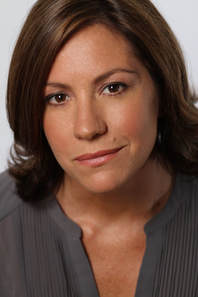 Andrea Aranguren  (Consuelo) is an actor and educator. Acting credits in the U.S: The Young Lady of Tacna at GALA Theater and As If It Were Tonight at Teatro de la Luna (Washington D.C.), Marisol and Suburban Motel, at Brooklyn College; In Argentina, Yerma at Enrique Larreta Museum, The Moon is Looking for Him, tribute to Federico Garcia Lorca at Teatro Picadilly, Rise and Shine at Belgrano Theater, Death and The Blacksmith at Belgrano Theater, The Future is in the Eggs at Escuela Municipal de Artes Dramaticos. Andrea has taught Acting and Theater for Social Change at Brooklyn College. She is a teaching artist and Director of Strategic Partnership at ENACT. Andrea holds a M.F.A. in Theater/Acting (CUNY, Brooklyn College). She holds a M.B.A. in Social Enterprises/Non-Profit Management (University of Cape Town/New York University 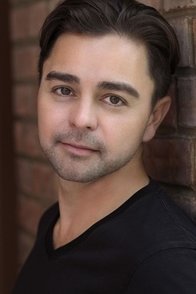 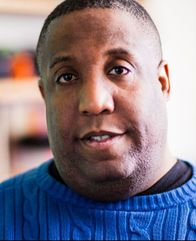 Eliza Bent (Playwright) is a playwright and performer based in Brooklyn, NY. Bent’s plays have been developed and presented in productions, readings, and workshops at the Abrons Arts Center, JACK, the New Ohio, the Atlantic, and the Bushwick Starr. Residencies: Berkeley Rep’s Ground Floor, MacDowell Colony Fellow, artist-in-residence at the Abingdon Theatre. Awards/Citations: LMCC process grant, Critics Pick for Toilet Fire, 2014 Payne Award for Outstanding Theatrical Event. Alum: SPACE on Ryder Farm “Working Farm,” Target Margin Institute Fellow, Project Y Playwright’s Group, New Georges Audrey Residency and affiliated artist. Bent is a frequent guest artist at the Great Plains Theatre Conference and an adjunct lecturer in creative writing at Brooklyn College where she received an MFA in playwriting. Upcoming: her play Indeed, friend! will have a student production this fall with NYU and Clubbed Thumb directed by Knud Adams. Her play Bonnie’s Last Flight will premiere in NYTW’s Next Door Series in Feb ’19 directed by Annie Tippe.

Stephen Kaliski (Director) is a director, playwright, and educator. He was recently the Resident Director of Charlie and the Chocolate Factory on Broadway. He is a co-founder of Adjusted Realists, where credits include the 59E59 productions of Gluten! (writer/director) and The Briefly Dead (writer). He was the SDC Traube Fellow on Evita (Broadway) and Assistant Director of Three Sisters (Classic Stage Company). He is a Visiting Professor of Theatre at Davidson College.

Matt Mastromatteo (Assistant Director) is a NYC based actor, educator, director, and producer. Favorite credits include As You Like It  (PostGrad Theatre Co.) and Memoriam (Hypnic Theatre Co.). Matt holds his MFA from, and teaches theatre courses at, Long Island University - C.W Post. www.mattmastromatteo.com

Andrew Lynch (Music & Sound Design) is a composer, performer, and designer based in Brooklyn. Original theatrical works include Le Gourmand or GLUTTONY! which the New York Times described as "so rich in musical abundance… it deserves a bigger plate," Paper Plane which was named a Critics' Pick by Time Out NY, and Vestige which was presented by Columbia Stages and workshopped at the Music Theatre Factory. Recent projects include: Real Kid, an original adaptation of Pinocchio with Barn Arts Collective which toured to Bird Theatre Festival in Tottori, Japan, Leap and the Net Will Appear in collaboration with playwright Chana Porter which was workshopped at Playwrights Horizons and premiered in Houston, Texas with Catastrophic Theatre, and Field Play which was workshopped at Brooklyn College in collaboration with playwright Lisa Clair. Recent performance credits include: The Emcee in Barn Arts Collectives’ Cabaret, Doctor Polidori in Phantasmagoria or Let Us Seek Death! at La Mama, and folk opera fun in Jahn Sood’s In a Sea of Faces and The Disappearing Man. He is a cofounder of the Brooklyn arts space Cloud City.

William Mellette (Costumes) This is William’s second show with the Adjusted Realists; his first was Gluten! at 59E59. Some of William’s other credits include: The La Jolla Playhouse, The NY Fringe Festival, Mattel, Thomas the Tank Engine as well as various TV/Film projects, National tours, and other live performances. Please visit www.WilliamMellette.com to learn more and enjoy the show.
​
DJ Pike (Technical Director) is currently studying Technical Theatre at Weber State University in Utah. His passions include Scenic design, Projections design, as well as Props Design. Some of his past productions have been Sunday in the park with George (Dixie State University, Utah), The Who’s Tommy (MadCow Theatre, Orlando), and Little Women (Bonneville Theatre, Utah). DJ is very grateful for the opportunity to work in New York City with The Adjusted Realist Company.

Grace Heinz (Assistant Stage Manager) is an aspiring stage manager with a passion for design. She began her study of stage management on The Class of ‘94 and she looks forward to taking on the same position in future productions. In her spare time she studies practical effects and the history of filmmaking. As a freshman at Weber State University, she works towards deeply understanding the art of audio and visual storytelling.

Callahan Crnich (Dramaturgy): is a Senior in the  Acting/Directing program at Weber State University where he has been able to become a more well rounded theatre practitioner. Although his main emphasis is acting, over the last couple years he has fallen in love with Dramaturgy, Sound Design, and play writing. This is his New York, dramaturgical debut!
​
The Weber State University (Co-Producer) Telitha E. Lindquist College of Arts & Humanities teaches students to excel as they seek, understand, question and express complexities critical to the experience of being human. The Lindquist College of Arts & Humanities offers undergraduate degree programs in the following five areas: Communication, English, Foreign Language, Performing Arts and Visual Art & Design. Master’s degrees also are offered in Communication and English. The college serves more than 2,000 undergraduate majors and 250 graduate students. The Lindquist College of Arts & Humanities is the Western region’s foremost institution for student-centered teaching and research that investigates the human experience and aims to educate global citizens who are responsible, creative and critical artists, performers and communicators. For more information, please visit, www.weber.edu/cah.